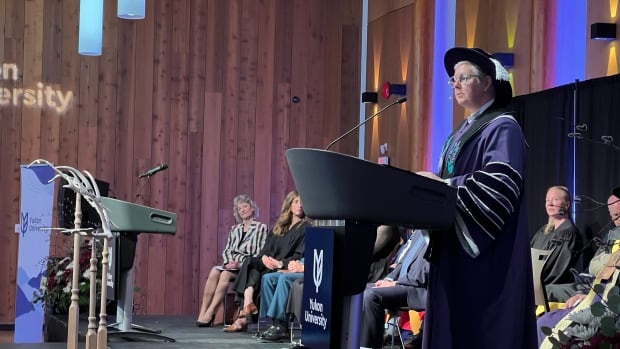 Yukon University celebrated its first presidential installation since it transitioned from being a college two years ago.

The ceremony took place at the Kwänlin Dün Cultural Centre in Whitehorse on Friday morning, when Lesley Brown officially became the first Yukon University president and vice-chancellor and the institution’s eighth president.

Yukon College, now Canada’s only university north of the 60th parallel, officially became a degree-granting university in the spring of 2020.

Brown has been in the president’s office since last August. However, the ceremony formally provided her with the powers and responsibilities of the office. It was also an opportunity for her to share her vision for the university.

During her presidential installation address, Brown said she wants Yukon University to be a place of transformation.

“I understand our collective and vital obligation to lead and make change,” she said. “True change and good change happens when it’s grounded in truth.”

Brown added part of her duty as the new president is to ensure all Yukon University students learn to question authority, existing structures, history and past assumptions to “discover what is true.”

During her address, she also emphasized her commitment to equity and inclusion, “so that when students graduate from Yukon University, they will walk together alongside one another on a shared path to decolonization and reconciliation, to the equity of all people, and also to continue democracy.”

The morning’s installation was officiated by Commissioner Angelique Bernard.

The academic procession was led by Jordan Lincez on bagpipes and drummers Uyenets’echia Sean Smith and Susan Smith, followed by the ceremonial antler carried by Victoria Castillo, co-chair of the academic senate.

It included a gown with a traditional Tudor bonnet in purple velvet – the university’s primary colour, which also symbolizes the crocus flower.

The stole was created by Vashti Etzel, a Shutuh/Kaska Dene artist from Ross River.

“This beautiful academic piece is a true testament to the traditional talents us First Nations bring,” said Leas during her welcome speech moments before the investiture.

After the ceremony, Brown told the CBC it was one of the most exciting days of her life.

“I’m so excited about the future of Yukon University and all that we can do to advance the territory,” she said. “And helping to make Canada better for tomorrow.”

She was a professor at the University of Lethbridge in Alberta for 15 years before moving to the Yukon. 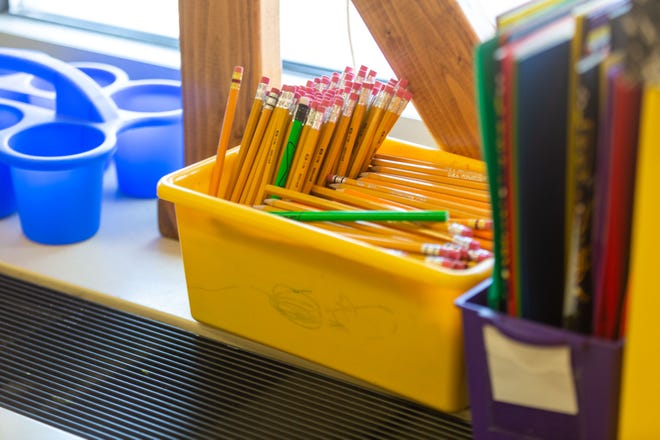