Washington Post Engineering is thrilled to announce its 2022 summer internship class, comprising 17 interns from 13 colleges and universities across 11 states.

This is the first class to be selected through Washington Post Engineering’s unified internship process, which allowed candidates to apply to seven different teams with a single submission. You can learn more about the application process — and watch for the summer 2023 application to open up this fall — on our public info page.

Hoang is from Vietnam and has been living in America for three years. He is a junior Computer Science student at the University of Georgia. He was exposed to software development in college and has been pursuing it ever since. His goal is to become a software engineer specialized in mobile applications. He is also interested in artificial intelligence (AI) and hopes to be able to integrate AI technologies to mobile applications as well.

Matthew is from Chicago, Illinois. He is a sophomore at Stanford University, intends to major in Computer Science and is a managing editor at The Stanford Daily. Last year, he served as engineering fellow at The Texas Tribune, and his debut novel, An Invincible Summer, went on sale in stores.

Gaurav is from Kennett Square, Pennsylvania. He is a third-year Computer Science major at Georgia Tech. His interests are in artificial intelligence safety, public policy and effective altruism.

Wooyong is from Cheong-ju, South Korea. He is a graduate student in Informatics at the Pennsylvania State University (Class of 2026). His interests include applying machine learning techniques for social good, traveling to far-off places, and playing table tennis and soccer.

Dana is from Orlando, Florida. She will graduate from the University of Florida in May with a B.S. in Journalism with a specialization in Data and Web Applications, as well as an engineering certificate in Artificial Intelligence Fundamentals and Applications. She previously interned at the Miami Herald as both a developer and data reporter, at the Orlando Sentinel as an education and criminal justice reporter, and at The Palm Beach Post as a breaking news and crime reporter. She also served as a managing editor at The Independent Florida Alligator.

Emma is from St. Louis, Missouri. She will graduate from Washington University in St. Louis this spring with a degree in Computer Science.

Semanur is from Sylva, North Carolina. She is a senior at the University of North Carolina at Chapel Hill. She is double majoring in Media and Journalism and Computer Science and minoring in Korean.

Swetabh is from Delhi, India. He is a sophomore at Brown University studying Computer Science; Anthropology; and Science, Technology, and Society. He cares a lot about pine leaves, Adrianne Lenker, and how technology intersects with socio-political structures in the Global South, and is trying to spread this concern at Brown through writing, code and course curriculum design.

Junior is from Brooklyn, New York. He is graduating from Brooklyn College on May 31 with a B.S. in Computer and Information Science. He loves to code and is working on a history website with information on history and countries. When not coding, he’s playing Dungeons & Dragons with friends on the weekend.

Lena is from Carrboro, North Carolina. She is a senior (class of 2022.5) at Brown University studying Computer Science and Science, Technology, and Society studies. She is passionate about computing ethics and does curriculum development work to embed ethics and social issues in computer science courses at Brown. She also loves ultimate frisbee, embroidery and long-distance running.

Nautica is from Greensboro, North Carolina. He is a senior at the University of North Carolina at Chapel Hill majoring in Computer Science. He is a treasurer of the university’s Black in Technology student group and a developer of virtual reality applications.

Robert is from Fairfax Station, Virginia. He is a junior at William & Mary, studying Computer Science and Psychology. Previously, Robert worked at a civic technology startup where he built tools designed to facilitate voter registration efforts and grassroots advocacy movements. In his free time, Robert helps run his school’s Hillel, leads outdoors trips, and tutors students in Computer Science.

Nihar is from Plano, Texas. He is a rising junior at the University of Texas at Austin studying computer science. He’s also a member of the Texas Civic Tech Project and Texas Undergraduate Computational Finance. In his spare time, he loves to cook, read, and play strategy games.

Claire is from Raleigh, North Carolina. She is a junior at the University of North Carolina at Chapel Hill studying Computer Science with a minor in Music. Outside of class, she is a computer science teaching assistant and is active in service-learning, and she is currently studying abroad in Rome.

Anirudh is a junior at the University of Texas at Dallas majoring in Computer Science and minoring in Business Intelligence and Analytics.

Mariana is from San Luis Potosi, Mexico. She is currently a senior at the University of Texas at Austin majoring in International Relations with minors in Computer Science and Public Policy. Outside of school, she loves bouldering, solving puzzle crosswords and hanging out with her cat Jerry.

Sid is from Okemos, Michigan. He is currently a senior at the University of Michigan studying Computer Science. Outside of school, he enjoys road trips, getting outdoors, and Detroit sports. 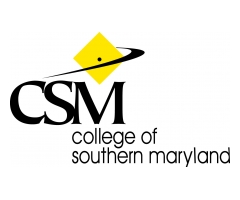