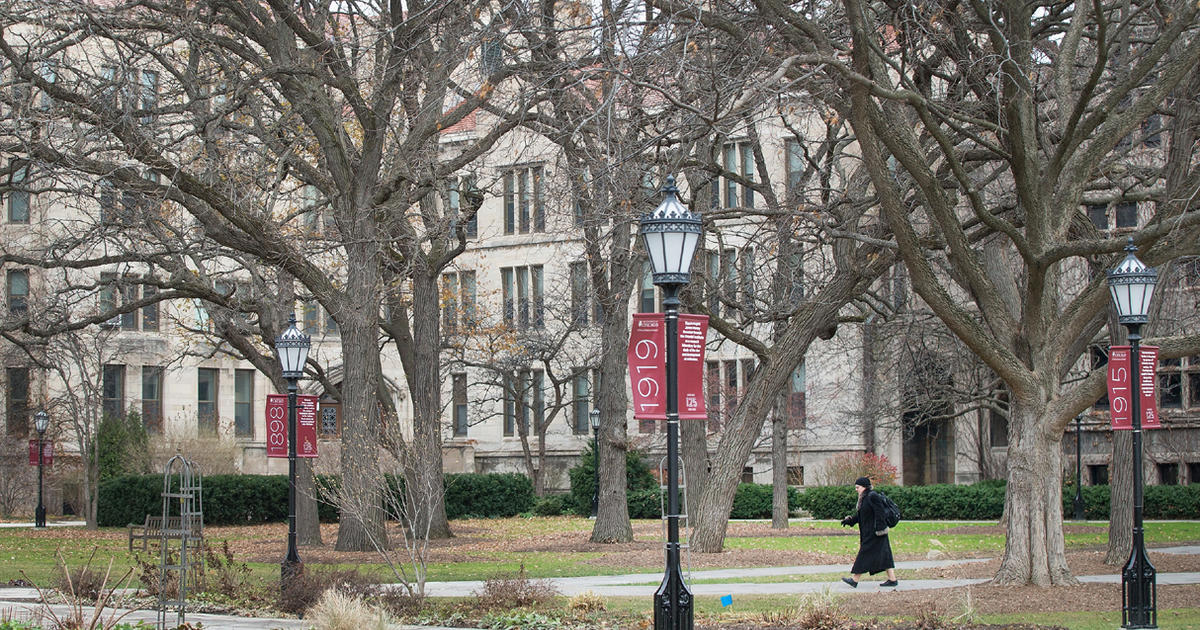 CHICAGO (CBS) — The University of Chicago will be funding a project to install more than 100 new surveillance cameras and license plate readers near its Hyde Park campus, which would be monitored by the Chicago Police Department.

The City Council on Monday approved the use of a $3 million grant to the city’s Office of Public Safety Administration, which provides administrative functions for the Chicago Police Department, Chicago Fire Department, and Office of Emergency Management and Communications.

A university spokesperson told Block Club Chicago that city officials will determine where the cameras will be installed, along with input from the university, CPD, and local aldermen.

CPD will monitor the cameras, although the university also is seeking an agreement to access the cameras as well. In return, the university would provide CPD with access to its own on-campus surveillance cameras.

The move is part of the university’s effort to boost security on and near campus after the murder of student Dennis Shaoxiong Zheng, 24, during a robbery near campus last November.

Police said Zheng was on the sidewalk on 54th Place at Ellis Avenue shortly before 2 p.m. Nov. 9 – when out of nowhere, a vehicle pulled up, and a gunman jumped out and demanded his property.

Alton Spann, 18, was charged with first-degree murder, armed robbery, and two counts of unlawful use of a weapon, in Zheng’s death. Police said that it was all over a cellphone that was later sold for $100.

Two other U of C students were also shot and killed in 2021.

In July of last year, someone shot and killed Max Lewis on the Chicago Transit Authority Green Line near 51st Street. Lewis was struck by a stray bullet while riding the Green Line.

Lewis, 20, was a rising third-year in the College at the U of C. He just accepted an investment banking offer he’d been working so hard for and was riding home from his summer internship downtown when his life was cut short.

Back in January of last year, 30-year-old Ph.D. student Yiran Fan, 30, was shot and killed when Jason Nightengale went on a killing spree from the South Side of Chicago to Evanston. Fan was a student in a joint program of the Booth School of Business and the Kenneth C. Griffin Department of Economics.

Fan was shot and killed in the parking garage at the Regents Park building, at 5035 S. East End Ave. in a section of the East Hyde Park-Kenwood neighborhood known as Indian Village. A total of five people ultimately died as a result of Nightengale’s shooting spree before he was shot and killed by Evanston police.

As CBS 2’s Jermont Terry reported a week after Zheng’s death, Chicago Police and school leaders have been trying to reassure students they will be safe.

Chicago Police and University of Chicago Police will be working more jointly moving forward. A safety plan discussed Wednesday night entails live cameras from a new operations center soon set to open, and keeping campus police and students in the loop about crime in the area – as students had been demanding.

Chicago Police Supt. David Brown said in the wake of Zheng’s murder that more police surveillance cameras would be coming to provide real-time monitoring around the university’s Hyde Park campus and surrounding neighborhoods.

He also said an additional 26 officers would be patrolling the area.

The University of Chicago is located in the Wentworth (2nd) Chicago Police District – bounded by 31st Street on the north, 60th and 61st streets on the south, Lake Michigan on the east, and the Dan Ryan Expressway on the west. The district includes the entire university campus and surrounding Hyde Park neighborhood, except for the Museum of Science and Industry and Jackson Park.

Overall crime in the Wentworth District is up 40 percent from three years ago. For those who live and work in Hyde Park, the cameras will be a welcome addition to the neighborhood.

“I know for us personally, those cameras would have helped earlier in the year when we had some of our chefs leaving work and they were robbed at gunpoint right outside the door as they were walking to their vehicles – and there was no cameras around here to be able to capture their license plates or anything other,” said Amy Le, owner of Saucy Porka at 1164 E. 55th St.

Le said the employees gave police a description of the robbers and their car, but thinks cameras would have helped capture the criminals.

She says having surveillance in the neighborhood will bring peace of mind to her employees.

“Something has to be done, we can’t do nothing,” she said, “so we’re hoping maybe if people know there’s going to be more cameras around, they’ll be less likely to commit the crimes.”

There was no word late Monday on when the cameras and license plate readers will be installed.

Meredith Barack is a general assignment reporter. She joined CBS2 Chicago in September 2020.