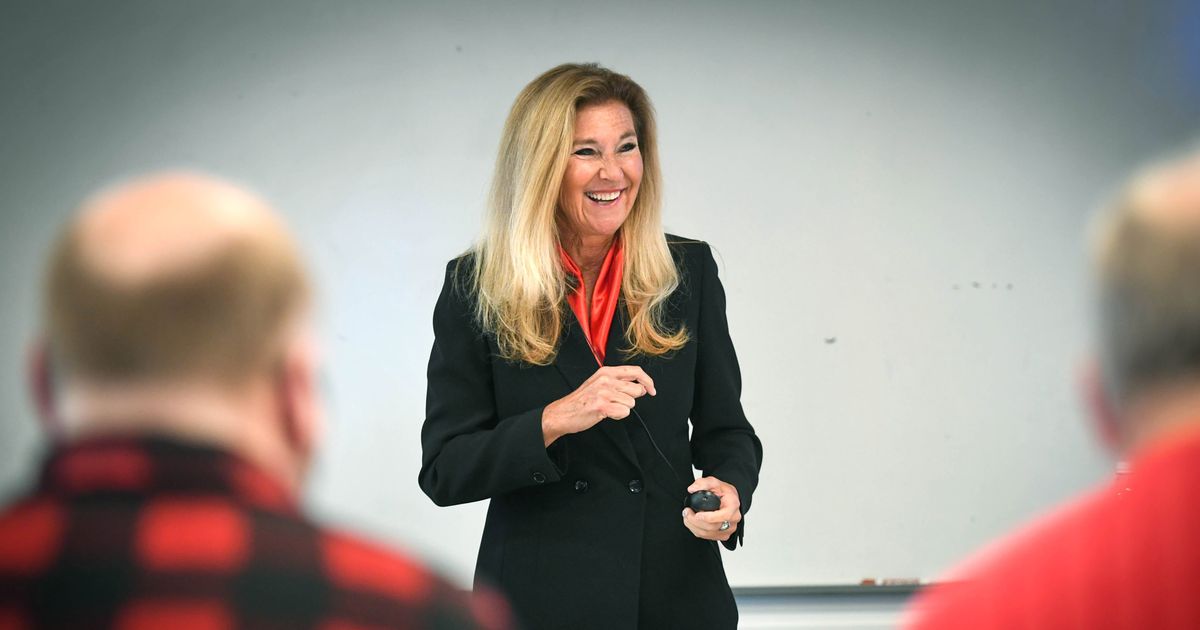 Shari McMahan has been selected as the next president of Eastern Washington University.

McMahan, provost and vice president for academic affairs at California State University, San Bernardino, was chosen unanimously by the university’s Board of Trustees on Thursday.

Pending the board’s approval of her employment contract, McMahan will serve as the 27th president of Eastern Washington University. She will replace Mary Cullinan, who served as president for six years before resigning in 2020.

The appointment won’t be official until the contract is negotiated and signed by mid-March, according to the university.

“We are excited about Shari. She’s got a lot of energy,” said Board Chair Kim Pearman-Gillman. “We did not take this lightly. I think Dr. McMahan is going to be an amazing Eagle. She’s going to really move us forward as an organization.”

McMahan is the first woman provost in the history of California State University, San Bernardino. She started her tenure in September 2016.

McMahan emerged as one of four finalists from more than 60 applications for the president’s position in a nationwide search.

The other finalists for the job were Interim President David May; Monroe Gorden Jr., UCLA’s vice chancellor of student affairs; and Dr. John Tomkowiak, founding dean of the WSU Elson S. Floyd College of Medicine.

“I think all four people were stellar candidates,” Pearman-Gillman said during Thursday’s meeting. “We were just really super lucky.”

In an interview with The Spokesman-Review, Pearman-Gillman said McMahan stood out from the other finalists based on her background, citing her experience in encouraging student success, supporting diverse students, fostering faculty diversity and working with unions.

“Everything that she has done in her past work life has really set her up to be a perfect president for where we are now,” Pearman-Gillman said. “She is just extremely well-rounded and has a lot of depth in her experience.”

May will remain interim president until the appointment is finalized, according to the university.

“We are so very thankful to him for everything he’s done and really has led to today and made this day possible, quite frankly,” Pearman-Gillman said. “The board really respects what he has done for us.”

McMahan and the other finalists went through rounds of campus visits and public forums in early February. Pearman-Gillman said the board received and reviewed more than 670 comments over the span of the public process.

David Syphers, president of the university’s Faculty Organization, said in a statement the group is excited to greet McMahan as EWU’s next president.

“Our faculty came away from the on-campus interview broadly interested in and enthusiastic about what Shari will bring to our campus,” he said. “Our Faculty Organization executive team is eager to partner with her to help Eastern reach its full potential, and has already reached out to establish a relationship.”

Next post New Jersey blocks the growth of charter schools