Eryka Anabell Clarke woke up to news Wednesday that her sorority’s plot on Howard University’s campus had been defaced with black graffiti.

A tree painted with the Greek letters and colors of Delta Sigma Theta Sorority had been marred by a big X. Some bright red bricks with the names of the sorority’s founders, along with a plaque that commemorates the organization’s founding, were covered in spray paint.

“I was disappointed to learn of the vandalism of our plot and the other [Divine Nine] organizations,” Chris V. Rey, international president of Phi Beta Sigma, said in a statement. The name Divine Nine refers to the nine most prominent historically Black Greek organizations. “I’m confident the university is working diligently to identify the perpetrator or perpetrators who did this.”

Alpha Phi Omega National Service Fraternity, a student organization, was targeted, too. Bob London, the fraternity’s national executive director, called the vandalism “senseless and selfish acts of hate and intolerance,” adding, “Alpha Phi Omega stands with the other organizations and their students who were impacted.”

It is unclear when exactly the markers were vandalized, but students said they discovered the graffiti Wednesday morning. Howard University’s police department has launched an investigation into the incident, Cynthia Evers, the school’s vice president for student affairs, said in a statement. She added the school takes “these acts of vandalism very seriously.”

“It really saddened us,” said Lyric Amodia, another member of Delta Sigma Theta, who is studying political science. But that disappointment quickly turned into action: “As soon as we saw it, we just knew we had to fix it.”

The women bought paint and supplies, then got to work, said Amodia, a junior. They repainted their tree in the sorority’s signature crimson and cream — the landmark’s first paint job in 20 years, said Robyn Evans, a junior and journalism major. They used graffiti remover to clean their plaque and touched up the bricks.

“It’s one thing to sit in sorrow and disbelief, and it’s another thing to take action,” Clarke said. “It didn’t take very long for us to understand what we needed to do to rectify the issue. I think it’s very, very important that we were the ones to fix the problem.”

Members of other organizations were also busy repairing their plots this week. “Even though we don’t know who or what the motivation was behind the unthinkable actions, I’m proud of the resiliency the collegiate members are demonstrating by working together to restore their historic markers on Howard’s campus,” Rey said.

To members of Greek-lettered organizations, the trees, plaques, rocks and other markers on the university’s quad are sacred. Five of the Divine Nine organizations can trace their roots to Howard — making the campus a sort of sanctuary for many of their members.

“The Divine Nine has a rich historical legacy, and many of our most esteemed alumni credit their affiliations with these organizations for empowering their success and service,” Evers said.

Vice President Harris, a Howard graduate, is a member of Alpha Kappa Alpha and her sorority sisters were fervent supporters of her White House bid. “These fraternities and sororities are foundational to Howard’s identity as an institution of higher education,” she said.

Following the vandalism incident, members of Delta Sigma Theta said they have been encouraged by an outpouring of support from the Howard community and beyond.

“People have been very upset for us,” Evans said. She added members of Alpha Phi Alpha Fraternity, another Divine Nine organization, lent a hand as they scrubbed and repainted.

For Clarke, the incident is a reminder of the need to protect Howard’s most sacred artifacts. She was reminded this week of issues in 2019, when students said nearby Shaw residents who walked their dogs through campus were not cleaning up after their pets. While Howard is an open campus, visitors need to respect the university’s historical features, Clarke said.

The vandalism on campus follows a difficult year for Howard, as well as other historically Black colleges and universities. At least 36 HBCUs — more than one-third of the country’s historically Black schools — have received bomb threats this year. Howard has been targeted at least four times in the anonymous attacks.

The FBI continues to investigate the threats and has identified people of interest. Authorities have never found explosive devices on any campuses targeted, but the threats have caused anxiety and unease for students and employees.

“We are facing various attacks in different ways, including the cyberattack that Howard experienced in the fall,” Evans said, referring to a ransomware attack in September that forced officials to cancel days of classes.

She attributes some of the attacks to the current “political climate.”

But “with that, and with an alum of Howard University in the White House, there is also a climate of overcoming that adversity,” Evans said. “We’ve grown stronger as a Howard community over the past year.” 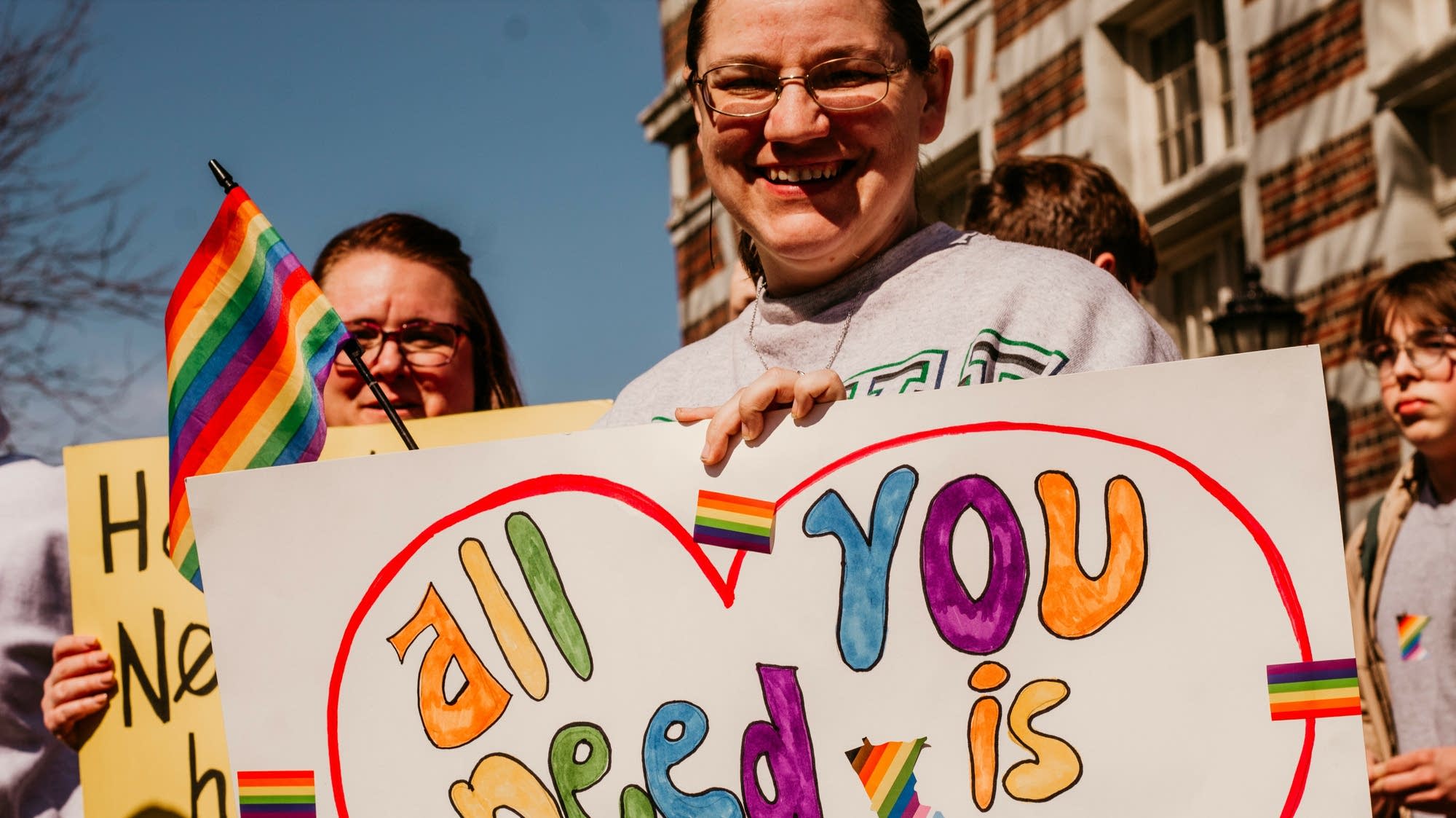