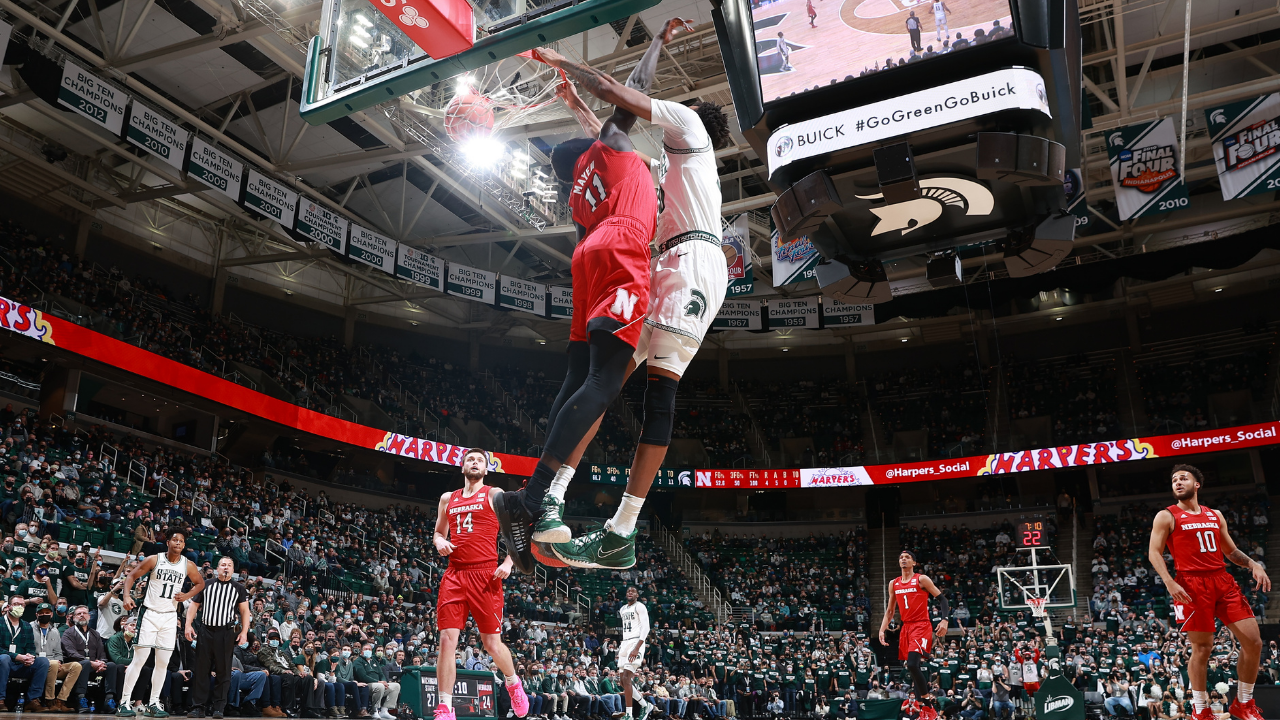 Michigan State University allowed basketball games to continue at 100% attendance capacity despite shutting down in-person learning for nearly the entire month of January.

Attendance at all of Michigan State University’s home basketball games in the month of January at the Breslin Center was at 100% capacity with 14,797 fans in attendance, according to ESPN.

However, in a Dec. 31 message to the campus community, Michigan State University President Samuel Stanley Jr. said that classes would begin remotely for the spring semester due to “the state of Michigan reaching an all-time high in cases per day.”

“Given this intense surge in cases, we now feel the best decision for our campus is to start classes primarily remotely on Jan. 10 and for at least the first three weeks of the semester,” Stanley wrote in the announcement.

Marcus Bingham Jr. #30 of the Michigan State Spartans dunks the ball over Lat Mayen #11 of the Nebraska Cornhuskers in the first half at Breslin Center on January 5, 2022 in East Lansing, Michigan.
(Photo by Rey Del Rio/Getty Images)

Michigan State University does require proof of coronavirus vaccination or a negative test for all basketball game attendees, and has an indoor mask requirement. Concession stands are only selling beverages, according to the university website.

“The fact that students can fill the (Breslin Center) packed shoulder to shoulder for hours before the game, for the entirety of the game and be together for, you know, probably three hours at night with no social distancing, not even including all the outsiders being brought in to campus for the game, it’s wildly hypocritical” Blake Maday said.

Maday also thinks the decision is “more of a revenue decision than a health and safety decision.”

In an announcement on Friday, Stanley announced that in-person classes would resume on Jan. 31.

Dan Olsen, the deputy spokesperson for Michigan State University, told Fox News that athletic events are optional for students, while classes are not.

“Athletics events are optional events that students or the pubic [sic] can attend, unlike classes which are required for our students to progress toward their degree and graduate. Our decision to start the first three weeks remotely was difficult and was influenced by two key factors. One factor was the uncertainty at the time of Omicron and having some time to understand it and its impact better,” Olsen said.

Olson said that the other factor in switching classes to a remote format is the number of students who could be forced to quarantine if classes were to be held in-person.

“The other factor was recognizing we would have a significant increase in cases that would result in hundreds of students and employees needing to be out of the classroom quarantining or isolating, we wanted to ensure consistency in the first weeks of our spring semester so everyone had an equal opportunity to learn with as less of a disruption to their education as possible,” Olsen added. 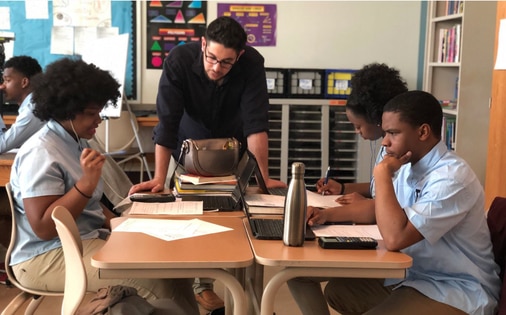