Feb. 21’s University Council meeting was a display of incompetence and bad faith.

I’m a B.S.E. Ph.D. student, and I’ve been working with people in the Graduate and Professional Student Senate since last August on getting a living wage for graduate students. During my first semester here, Fall 2020, I heard horror stories from people who couldn’t find jobs in town over the summer due to the lockdown, putting them in really precarious financial positions. Everyone on an assistantship should have the ability to pay for the basic necessities of life while studying and working for the university, and I thought getting involved with this issue could be a cool way to stand up for my fellow grad students and learn how the university works. The chaos of Monday’s University Council meeting was a perfect encapsulation of the issues we’ve faced advocating for this resolution: We have dealt with stonewalling, misinformation and an ever-changing rulebook since we first proposed the idea. But even after witnessing similarly disappointing behavior throughout this process, somehow Monday still surprised me.

The UC was supposed to vote on the resolution yesterday (Feb. 21). Officially, the vote was postponed to deal with semantics around what a “commitment” to a living wage really means. A few hours before the meeting, a group of the academic deans released a joint statement about how they can’t support the resolution because the University Council “lacks authority to commit financial resources” — deciding at the very last minute that the language didn’t work for them. I know for a fact that they all had time to read the resolution before yesterday and give feedback, as I personally emailed it to several of them weeks ago, asking if they had questions or comments, and they said no.

“But as a friend and GPSS senator so wisely replied: ‘We may not be the first ones to ever go hungry, but we intend to be the last.'”

Plus, the idea that the University Council has never passed a resolution with budgetary implications is a lie. In 2019, they passed a resolution creating a full-time candidacy status for Ph.D. students, which they passed despite knowing it had financial implications (here are those meeting minutes: https://governance.vt.edu/assets/cms_csa_03-21-2019.pdf). Another example is the updated Climate Action Commitment, which was approved by the University Council in 2020. Anything worth doing has budgetary implications.

As someone who has been watching this process from the very beginning, it’s obvious that the real concern is graduate students standing up for ourselves and advocating for our needs. Seeing over 400 grad students attend a procedural meeting was incredibly inspiring and, I think, probably a little intimidating for the administration. During the meeting, someone said, “If this works, everyone will be trying to vote themselves into a raise.” I think that gets to the heart of the real issue — just because we have access to these shared governance bodies doesn’t mean that Virginia Tech administrators want us to use them. If graduate students successfully advocate for a living wage, who else will try to stick up for what they deserve? Are they worried that an anti-exploitation culture will destroy the university’s finances?

Personally, I don’t want a resolution that the finance department can’t stand behind. I don’t want a resolution that will increase tuition for undergrads, lead to fewer grad students being hired or create untenable situations for professors trying to run research groups. That’s why the resolution is about making a task force and a commitment to finding the money, not, as someone misquoted out of nowhere yesterday (Monday), to “give everyone a 20% raise next year.”

This issue is incredibly serious, and it’s important to find a solution that’s practical. International students are legally barred from getting side or summer jobs to make ends meet, at the risk of being deported. Our health insurance costs $900 per month for grad students with spouses and kids. During a committee meeting in November, two different grad students told stories about the financial stress of grad school leading to deaths of family members, one family member from not being able to access heart medication, and another person’s partner dying of suicide due to financial pressures. But instead of partnering with us to try and find an expedient, workable solution, these stories and others like them have been met with callousness and dismissal by the administration and faculty leadership.

As I was standing talking to a group of other grad students outside the meeting, Kim O’Rourke, the UC parliamentarian (someone who should at least pretend to be neutral on UC issues) walked by, and, once she was about 100 feet away, turned back around and told us, “You know, you’re not the only ones who ever went hungry.” I thought it was a pretty insensitive thing to say as someone who made $237k in 2020 and $247k in 2021. It was also a weird thing to hear from someone who has worked here for over two decades, who at least in theory wants students to succeed. But as a friend and GPSS senator so wisely replied: “We may not be the first ones to ever go hungry, but we intend to be the last.”

On this Giving Day, I suggest directing donations to the Future Economy Collective, a local mutual aid organization that runs a community fridge open to grad students right off campus. Their organization was founded on the principle that everyone deserves food. Unlike the many people who have spoken up “agreeing with a living wage in theory but …” FEC does everything they can to feed their community. They’re a living embodiment of Ut Prosim.

After the resolution was officially deferred, someone stood up and left, saying, “I’ll be back.” We are done waiting, and no matter what happens on March 21, we will find a way to advocate for ourselves. The time for debate is over. It’s up to the administration and our faculty and staff colleagues to decide whether they’re for us or against us. 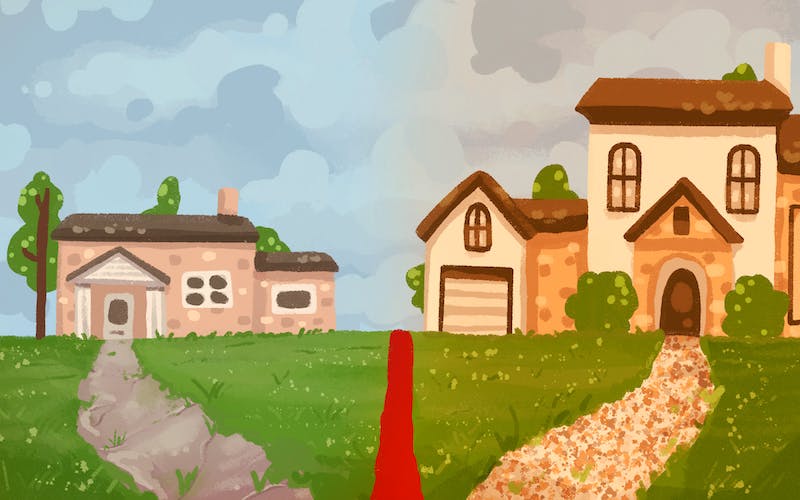 Next post OPINION: Segregation in MCCSC schools is at ‘Brown vs. Board of Education-era levels’