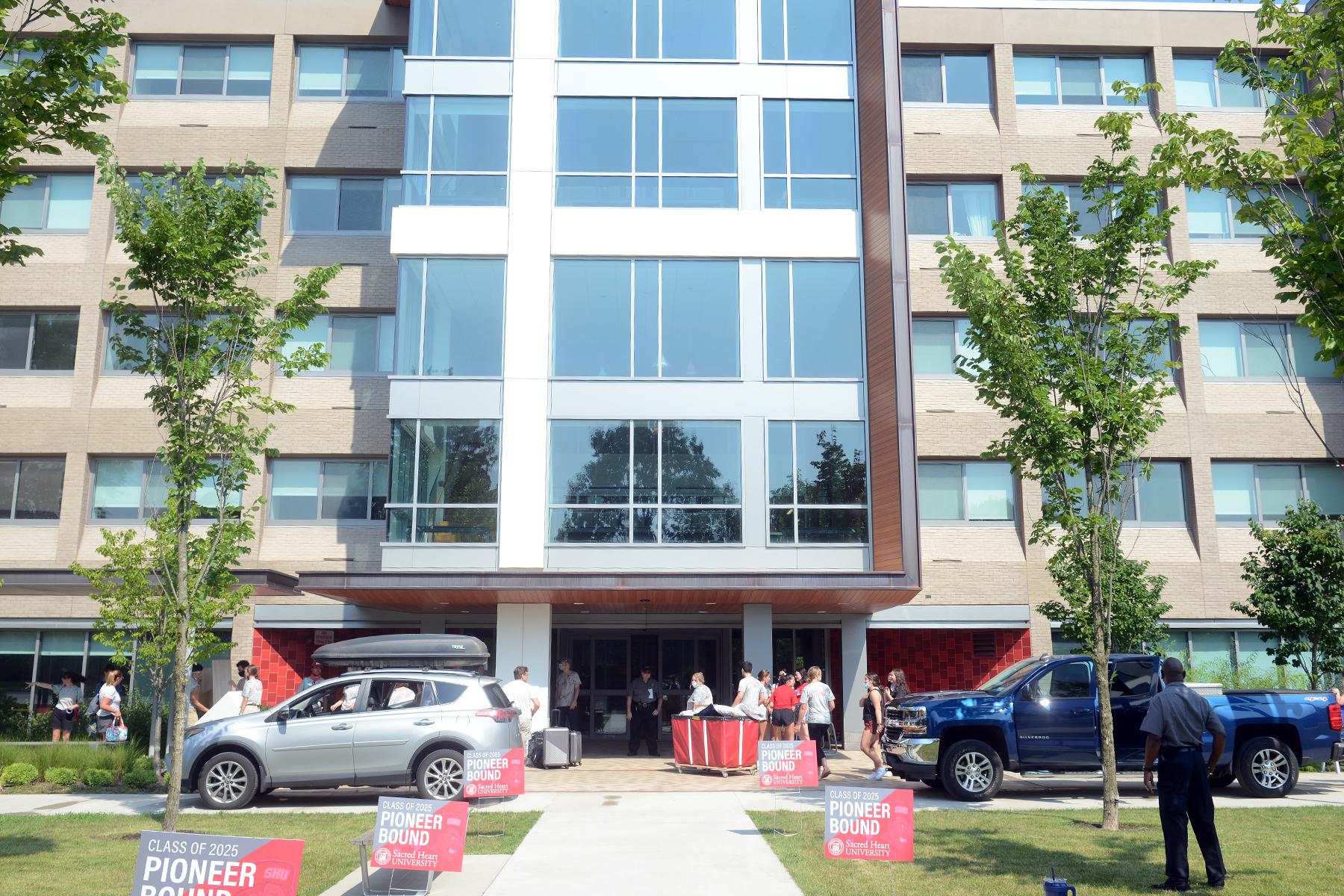 “We have an existing problem with water,” David Knapp, a Weeping Willow Lane resident, said at a recent Town Plan and Zoning Commission meeting. “Our neighborhood has been flooded out a number of times before any of this had happened.”

The university is requesting a zoning regulation amendment and a special exception permit to create freshmen housing on Jefferson Street. Richard Fitzpatrick, the attorney representing the university, said the amendment would expand the permitted lot coverage and floor area for university use in the R3 zone, which currently prohibits additional construction.

Fitzpatrick said the special exception permit would allow the university to build two dorm buildings at the former site of the Jewish Home for the Elderly. He noted the commission already approved the modification or construction of other buildings on the property.

The 15.48 acre property abuts the rest of Sacred Heart’s campus on the east, south and west, according to town documents. The proposed buildings would be three stories and connected by a bridge on the third floor. They would total about 133,600 square feet and would add 484 beds in the form of 115 four-person suites.

The proposal includes building a single-story parking deck for a total of 219 parking spots, according to documents.

Michael Galante, the project’s traffic engineer, said building dormitories would reduce traffic in the area because it would allow more students to live on campus instead of commute.

Galante said freshmen are not allowed to have cars on campus, so they would not be generating any traffic. He said the site generated 250 trips during peak hours when it was the Jewish Home for the Elderly.

“If I thought we needed traffic stuff, I’d be the first guy to recommend it,” he said. “But, in this case, we are not having a student commute from my house to university to go to classes all day and then drive home at the end of the day. That student, whether he or she is a freshman or upperclassman, is already on the campus.”

Galante said traffic statistics showed there were eight reported accidents for that part of Jefferson Street to the Park Avenue intersection.

“That is not a high accident rate,” he said, adding only one of those accidents caused injuries. “There was no pattern to the accidents saying there was a problem with a specific driveway or a sight line or a curve in the road or anything.”

Scott Auer, a Jefferson Street resident, said unreported accidents are occurring there though, adding he has seen more than eight in the past three years.

“The thing that is a little disturbing with that is, even though it’s eight, nine reported ones, you’re still talking several reported a year and there has been some pretty serious property damage,” he said.

Auer said the road does not have enough traffic control devices, adding he thinks the university should pay for some.

“But as we’ve have grown, with a freshmen class in the 1,600, 1,700, 1,800 level, the need to have quality on-campus housing is even more than ever,” he said. “We have way too many freshmen triples. Tonight’s request by us is just to continue to allow us to offer a quality on-campus experience.”

Barquinero said Sacred Heart has 6,100 full-time undergraduate students, and approximately 4,000 part-time and graduate students. He said he suspects the number of full-time students will increase by the hundreds in the coming years.

Bethel Rooney, a Fairfield resident, said she objects to the zoning amendment, as it would only benefit Sacred Heart. She said the university has more than 300 acres of land and could find other places to build the dorms.

Knapp said he has read through Sacred Heart’s plans for water control, and worries how heavy rain could impact his neighborhood. He also had issues with the amendment only benefiting Sacred Heart.

Tom Daly, an engineer for the project, said the stormwater basin was completely rebuilt during the first dorm build on the site. He said the basin was designed in a way that it would reduce water flow during a 10-year storm event to that of a two-year storm event.

“We’ve put in some fairly significant stormwater infrastructure,” he said, adding the project would not increase runoff.

Fitzpatrick said the proposal meets all the requirements for approval, such as being in line with the town’s plan of conservation and development and serving the general health and safety of the town. 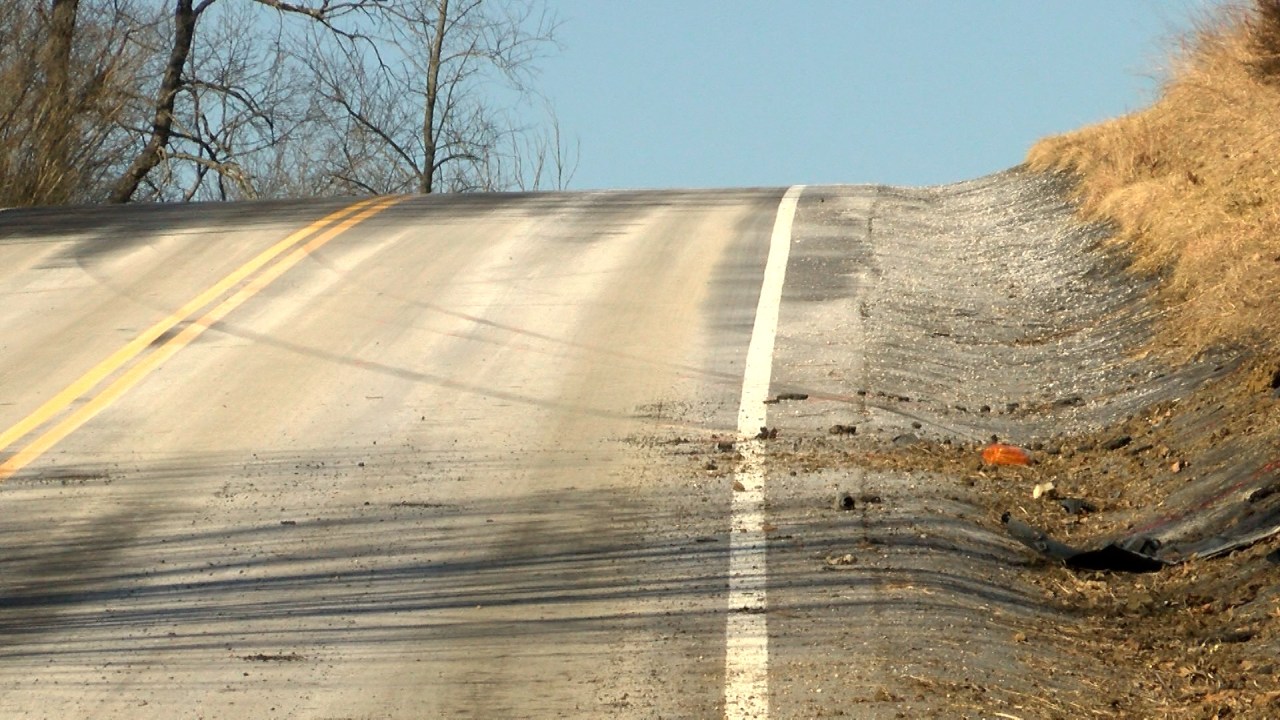 Home Improvement
We use cookies on our website to give you the most relevant experience by remembering your preferences and repeat visits. By clicking “Accept All”, you consent to the use of ALL the cookies. However, you may visit "Cookie Settings" to provide a controlled consent.
Cookie SettingsAccept All
Manage consent