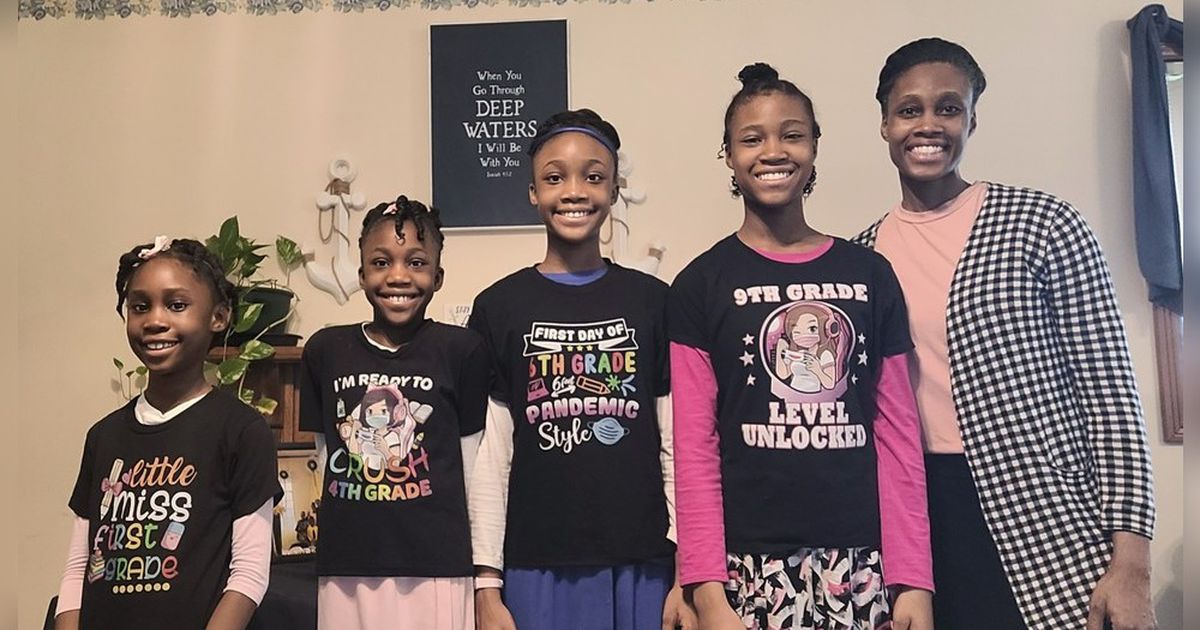 Nationally, students enrolled in virtual schools increased by 34,600 students between 2017-18 and 2019-20, according to the National Education Policy Center at the University of Colorado. In 2019-20, there were 477 fulltime virtual schools that enrolled 332,379 students.

There are nine options of statewide online learning schools where students can live anywhere in the state and enroll, including the Ohio Connections Academy (OCA) which serves grades K-12 and has over 180 teachers.

The OCA is similar to an in-person public school, giving state tests, following the same regulations, having a full-service high school with AP classes, and opportunities to participate in College Credit Plus and career technical education, according to Superintendent Marie Hanna.

The academy had 5,837 students enrolled during the 2021-22 school year, including 82 from Clark County and 28 from Champaign County. Enrollment has increased since the pandemic hit and Electronic Classroom of Tomorrow (ECOT) closed in 2018, when enrollment was around 3,500 students. 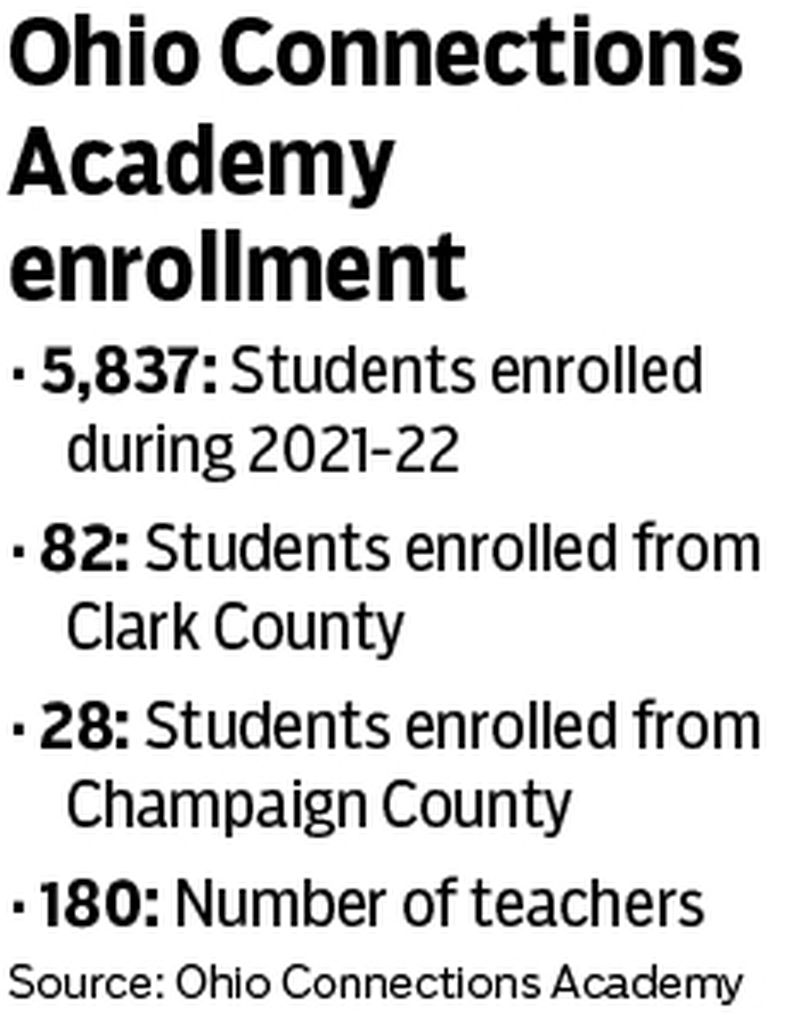 “We don’t want to grow faster than we can educate students. We have to stop enrollment when we feel we can’t get enough teachers trained and ready to serve these kids. Our goal is to grow but also to serve the students well,” Hanna said.

When it comes to the choice of online versus in-person learning, Brian Yontz, chair and associate professor of education at Wittenberg University, said you can’t really “run comparative studies because of the complexities of the pandemic, the high frequency of students switching modalities, and the true lack of relevant data.”

Yontz said many families found virtual learning to be the best option for their children, especially during a public health crisis, but it’s clear learning loss happened while schools pivoted during the pandemic.

“Teaching and learning are fundamentally a social experience and students’ social and emotional development might be the most important thing we do in schools,” he said. “With that said, I do believe we are getting better at meeting those needs through virtual offerings… and we are getting better doing schooling in this manner.”

Victoria Parris, a Springfield mother who has four daughters – Va’Laurie, a 14-year-old ninth grader; Vanessa, a 12-year-old sixth grader; Vivienne, a nine-year-old fourth grader; and Va’Lynzia, a seven-year-old first grader – at OCA decided shortly before the coronavirus pandemic that she wanted to pull them out of traditional in-person private school and enroll them into the online, public school.

Shortly after making this decision, her daughters came home in March 2020 and told her about the “extended spring break” that many in-person schools were taking due to the pandemic.

“I felt God gave them the preamble into what virtual learning was going to be like… My girls were already prepared mentally for virtual schooling, and they started preparing to be at home, including changing a room of my house to be a classroom with four desks, four chairs and two lockers,” Parris said.

Victoria Parris’ four daughters at their desks in their home classroom: (from left to right) Vivienne, Vanessa, Va’Lynzia and Va’Laurie. Contributed

Victoria Parris’ four daughters at their desks in their home classroom: (from left to right) Vivienne, Vanessa, Va’Lynzia and Va’Laurie. Contributed

Hanna said parent involvement and engagement are important roles of the school environment. She said parents, who are referred to as learning coaches, have 24/7 access to everything they need. “Parents play an important role in the process. Engaging the family is a very critical piece to the whole engagement process,” she said.

OCA K-2 Assistant Principal Mindy Pyle, who has taught all grade levels in the 16 years she has been with the academy, said building relationships virtually is a unique way to get to know the kids. “I think there’s a misconception about teachers not knowing the student in online learning… we all work together, we engage with parents, and we build relationships,” she said.

“They are just a click away from accessing their teachings in many ways. The learning coaches at home help guide the children and teachers help them with specific content… We make sure kids are getting the support they need both academically and emotionally… There’s always someone to go to because we are not limited to class periods or the structure of a typical school day,” Plye added. 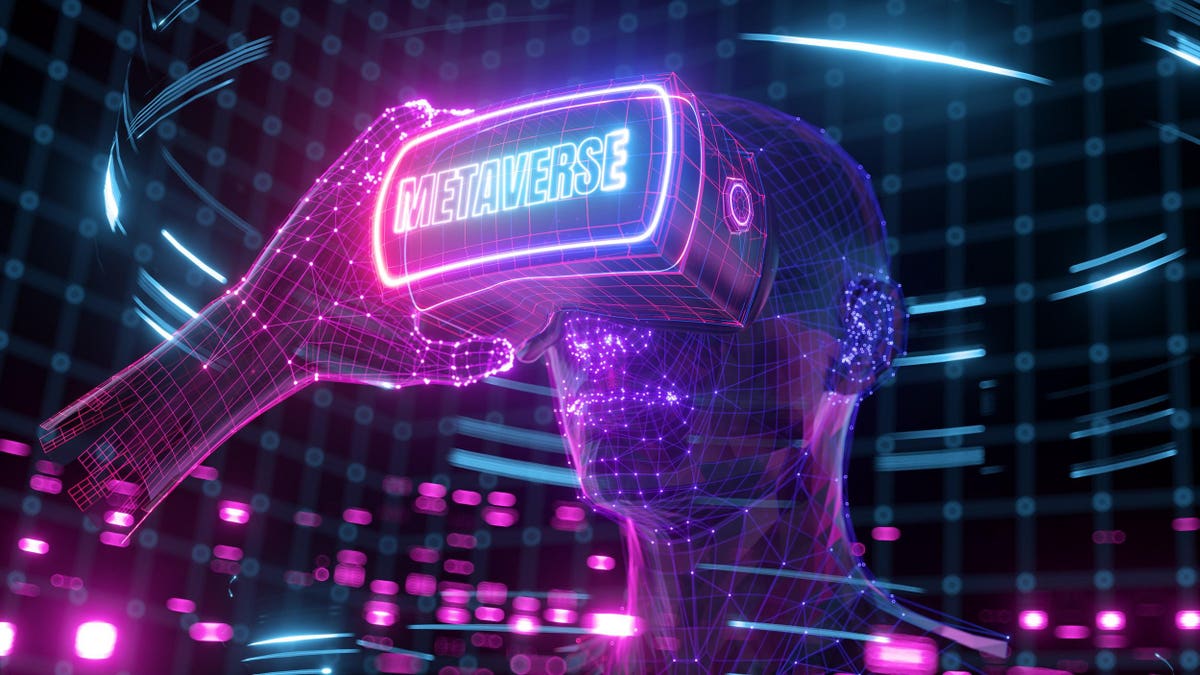