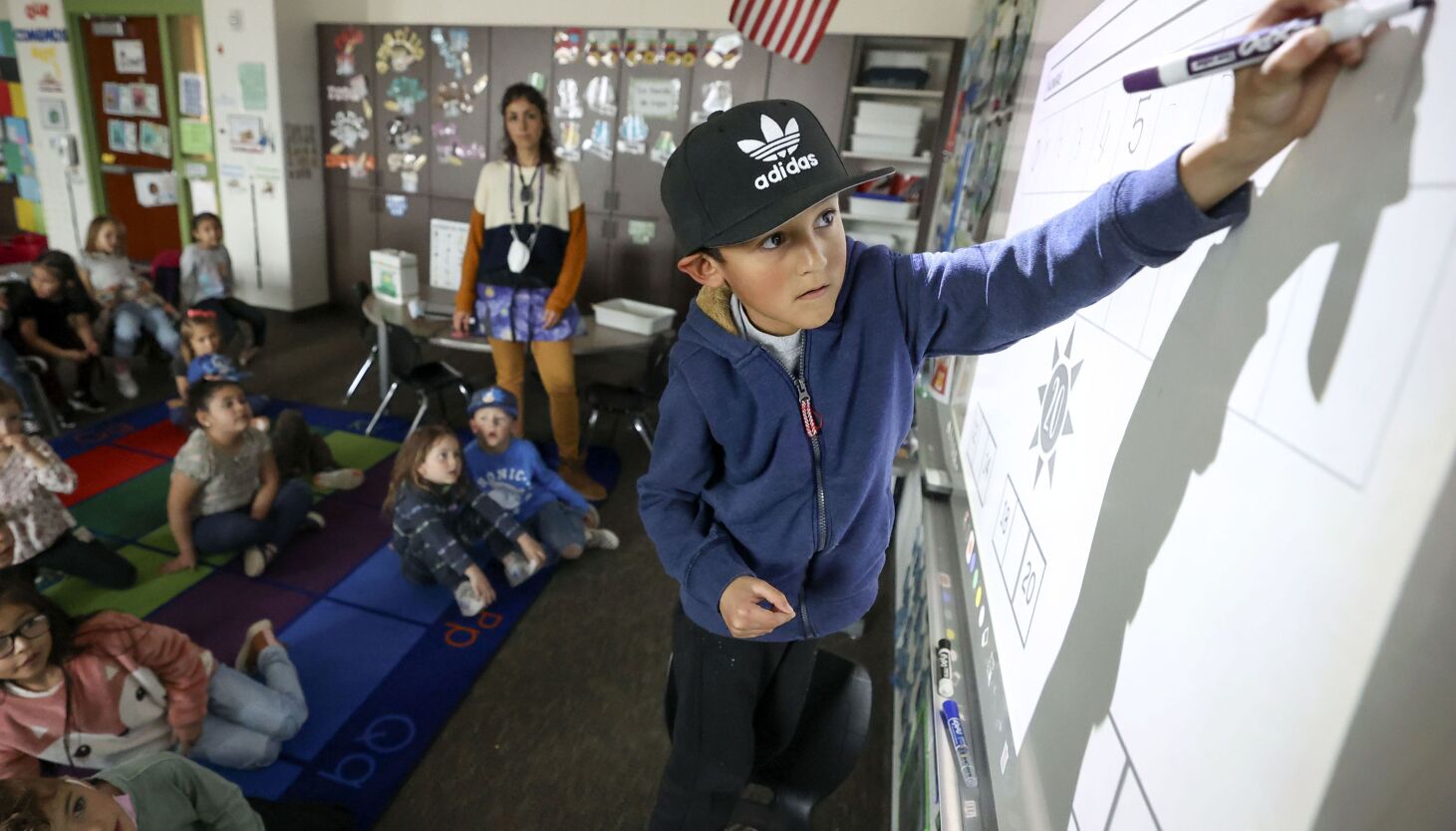 With the passing of each year, growing numbers of parents have embraced the full-day experience for their children.

“This year it would be somewhere around 1% are still coming in and just doing the traditional half day. Everyone else is on full-day kindergarten,” said Superintendent Paul Sweat.

Initially, there was pushback from some parents who maintained that a full-day program usurped their parental rights. The more people learned about the benefits of the option, a significant number of parents registered their children for full-day kindergarten that first year and there’s been growth in the optional program ever since, he said.

Sweat said the school district held many discussions about full-day kindergarten’s academic and social benefits and left it to parents to decide which option best suited their families.

As a secondary educator and principal, Sweat said it wasn’t until he worked in school district administration that he fully appreciated how many children started kindergarten “off level.”

“All-day kindergarten just gives us more time to help those kids catch up to their peers and be ready to go in first grade,” he said.

The Wasatch School District Board of Education has prioritized full-day kindergarten, which has required cobbling together local, state and federal funding and grants to support the program. Its students are among about 30% of Utah kindergartners who participate in full-day kindergarten programs, compared to the national average of 82%.

There is growing demand for full-day kindergarten programs, which benefit children educationally, socially and nutritionally, but also provide more consistency for working parents.

A recent public opinion poll conducted for the Deseret News and the University of Utah’s Hinckley Institute of Politics found that 72% of Utahns support a full-day kindergarten option while 16% were opposed.

The survey of 804 registered voters in Utah was conducted March 9-21 by Dan Jones & Associates. The poll has a margin of error of plus or minus 3.45 percentage points.

Christine Elegante, K-3 literacy specialist for the Utah State Board of Education, said the broad support of optional full-day kindergarten is not surprising.

Many parents believe their children are ready for a full-day experience. People who move to Utah from states that have long offered full-day kindergarten expect similar options when they enroll their children in public schools, Elegante said.

Full-day kindergarten tends to work better for working parents, particularly those who have older elementary school-age children because they are all on the same school schedule.

Research shows there are many educational, social and nutritional benefits to full-day kindergarten.

It used to be that educators believed that students needed to be performing on grade level by third grade to be on track for future success in school. Newer research suggests “if they’re not on track by the end of first grade, it’s very difficult to catch up,” Elegante said.

“So it’s all about building that strong foundation for them in that kindergarten space where they’re like sponges,” she said.

Elegante, who taught upper grades in elementary school before becoming a kindergarten teacher, said she didn’t fully appreciate what 5-year-olds were capable of learning until she led their classrooms.

When her own daughter entered kindergarten at a private school that had full-day kindergarten, she knew her letters and sounds but she was not yet reading.

“By the time she was done with kindergarten, she could write a story with correct punctuation. She was a fluent reader. Her math skills were great. She went to Challenger School, so she did first-grade math in kindergarten and she just excelled. I was so impressed like ‘Holy cow. Sometimes I think we underestimate these little kids,’” she said.

The stakes are even greater since the COVID-19 pandemic. Many children who had the benefit of early childhood education were sidelined after programs temporarily shuttered or their families hesitated to send them to school over fears of exposure to the coronavirus.

“Kindergarten students across the state need access to full-day K because it doesn’t matter if you’re in a high socioeconomic area, you can still come into kindergarten without those prerequisite skills,” she said.

According to the poll results, support for optional full-day kindergarten was strong across all demographic groups. Among those who described their political ideology as “very liberal,” 91% said they supported the full-day program. Meanwhile, 84% of Democrats indicated support, compared to 69% of Republican respondents.

The lowest level of support was among people who described themselves as very conservative, but it was still a combined 57% among those who said they support or somewhat support the optional full-day experience.

Utah schools offer half-day kindergarten, optional enhanced kindergarten, which is more than a half-day but less than a full-day, and some offer full-day instruction, although state funding has been largely limited to students considered the most academically at risk.

The fifth substitute of the bill passed handily in the House and the Utah Senate but lawmakers appropriated far less than the $23 million in ongoing funds requested by the Utah State Board of Education.

The board’s request was intended to allow full-day kindergarten to become an educational choice across the state, regardless of location and scaling up over three years to recruit educators, improve instruction and increase space for classrooms.