As the semester comes to an end, the senior class is beginning to stretch its wings. In the midst of applying for jobs, deciding on masters programs, and figuring out next steps, two Conn seniors will be headed abroad for the summer for intensive language study. Julia Graham and Jordan Westlake both received a Critical Language Scholarship from the United States Department of State’s Bureau of Educational and Cultural Affairs for ten weeks of study. Graham is a senior from Ann Arbor Michigan studying Psychology, Slavic Studies and Environmental Studies. She was also recently announced as a Winthrop Scholar, part of the top 3% of the 2022 class academically. Westlake, from Somerville Massachusetts, is a double major in History and Global Islamic Studies with a minor in Arabic Studies. Westlake is also a CISLA, the Center for International Studies and Liberal Arts, scholar. She was previously awarded the College’s  Robert E. Proctor Scholarship for Summer Language Study, awarded in support of supplemental Arabic language learning.

Both programs begin in June. Graham will be studying Russian in Bishkek, Kyrgyzsgtan. While it had been announced as a virtual program, it has been moved to be in-person, an exciting opportunity for the Russian language scholar. Westlake will be in Tangier, Morocco studying at the Arab American Language Institute.

The application process began in September. Students were notified if they were semi finalists on Jan. 20, and they were formally accepted in early March. “It felt amazing, I think I cried happy tears,” Graham laughed. This isn’t Graham’s first time applying. “I actually applied in my first year for summer of 2019 and was rejected which ended up being fine. I went to Ukraine independently and found a host family on my own and had a great experience. I hadn’t gotten in so it fell off my radar, but when I was applying to Fulbright, Melissa Ryan and [my academic advisor] Laura Little suggested I reapply as an option.” This is Westlake’s first time applying for the language scholarship. “I learned about it freshman year, and I’ve had it on my radar since then. I was thinking about fellowships all throughout college. I really wanted to do a fellowship abroad for Arabic partly to make up for the missed abroad experience that I didn’t get through CISLA because of the pandemic. I’ve really made this my mission,” she shared.

Both students benefited from assistance from the Connecticut College Walter Commons, who looked over their applications. Westlake is most grateful for assistance from CISLA, who has paid for her private tutoring to make up for the small size of the Arabic department. “At times, studying Arabic has been frustrating due to the few classes offered,” she admits. “I don’t think I would’ve chosen Arabic if I had known what a hassle it would be and how hard it would be to just get into classes.” She is also grateful for the support offered through the Walter Commons and the fellowship system.

“It seems like such a cool program because I love language. Obviously I’m a little nervous to go to a country I’ve never been to for two months. Even though I have a cohort, it seems a little scary but also exciting,” Graham said. She is looking forward to the total immersion promised to her. The program pairs students with a language partner around their age and who are from the country where they will be studying. While students typically stay with host families, that has been paused due to Covid-19. Graham will be staying in a dorm-type home with other students. “I’m just excited for the experience and to get to learn about a new country,” Graham said, her excitement palpable.

Westlake is most excited to improve her Arabic, a skill she has not gotten a chance to use outside of the classroom. She hasn’t been able to take a formal Arabic class since her sophomore year. “I’m looking forward to language improvement and cultural immersion. I’ve never gotten this opportunity before and I’ve always wanted to do full language immersion. Now that I’m finally getting that, it will make the biggest difference,” Westlake said, “I’ve never lived anywhere abroad or outside of New England so that will be amazing, this real shift in living experience,” she concluded.

After their programs conclude, both students are looking towards the future. Westlake hopes to eventually go to graduate school for history or education. She is currently in the process of applying for jobs in education. Graham will be heading to Kazakhstan in the fall as a Fulbright scholar, where she will be teaching English. Afterwards, she has a job in Wisconsin with Epic Systems, a healthcare tech company, best known for MyChart. Eventually, she is planning to pursue psychology in some form or another involving graduate school. 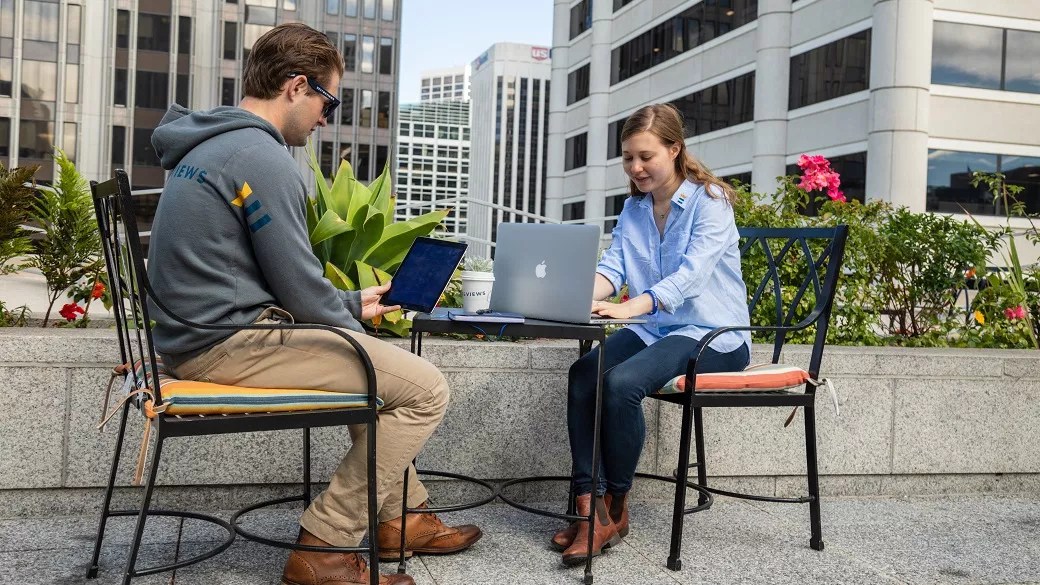