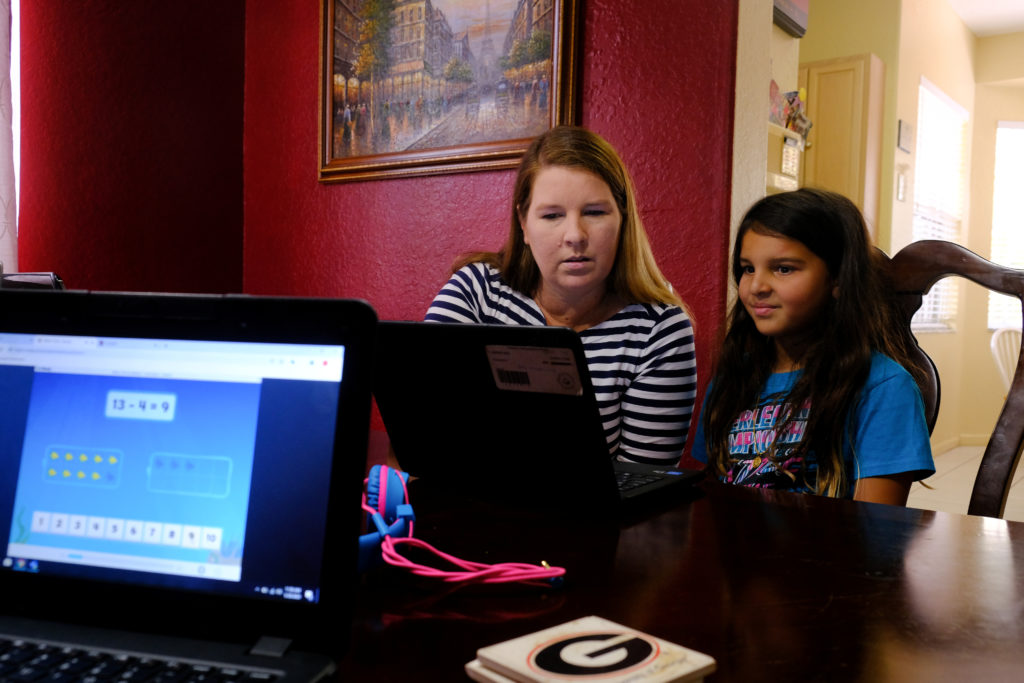 BUFFALO, N.Y. (AP) — The coronavirus pandemic ushered in what may be the most rapid rise in homeschooling the U.S. has ever seen. Two years later, even after schools reopened and vaccines became widely available, many parents have chosen to continue directing their children’s educations themselves.

Homeschooling numbers this year dipped from last year’s all-time high, but are still significantly above pre-pandemic levels, according to data obtained and analyzed by The Associated Press.

Families that may have turned to homeschooling as an alternative to hastily assembled remote learning plans have stuck with it — reasons include health concerns, disagreement with school policies and a desire to keep what has worked for their children.

WATCH: Homeschooling through the coronavirus pandemic

Around 3% of U.S. students were homeschooled before the pandemic-induced surge, according to the U.S. Census Bureau. The rising numbers have cut into public school enrollment in ways that affect future funding and renewed debates over how closely homeschooling should be regulated. What remains unknown is whether this year’s small decrease signals a step toward pre-pandemic levels — or a sign that homeschooling is becoming more mainstream.

Linda McCarthy, a suburban Buffalo mother of two, says her children are never going back to traditional school.

Unimpressed with the lessons offered remotely when schools abruptly closed their doors in spring 2020, she began homeschooling her then fifth- and seventh-grade children that fall. McCarthy, who had been working as a teacher’s aide, said she knew she could do better herself. She said her children have thrived with lessons tailored to their interests, learning styles and schedules.

“There’s no more homework ’til the wee hours of the morning, no more tears because we couldn’t get things done,” McCarthy said.

Once a relatively rare practice chosen most often for reasons related to instruction on religion, homeschooling grew rapidly in popularity following the turn of the century before leveled off at around 3.3%, or about 2 million students, in the years before the pandemic, according to the Census. Surveys have indicated factors including dissatisfaction with neighborhood schools, concerns about school environment and the appeal of customizing an education.

In the absence of federal guidelines, there is little uniformity in reporting requirements. Some states, including Connecticut and Nevada, require little or no information from parents, while New York, Massachusetts and some others require parents to submit instruction plans and comply with assessment rules.

The new surge in homeschooling numbers has led state legislatures around the country to consider measures either to ease regulations on homeschool families or impose new ones — debates have gone on for years. Proponents of more oversight point to the potential for undetected cases of child abuse and neglect while others argue for less in the name of parental rights.

All of the 28 state education departments that provided homeschooling data to the AP reported that homeschooling spiked in 2020-21, when fears of infection kept many school buildings closed. Of the 18 states whose enrollment data included the current school year, all but one state said homeschooling declined from the previous year but remained well above pre-pandemic levels. (The exception, South Dakota, recently changed the way it collects data).

Minnesota, for example, reported that 27,801 students are being homeschooled now, compared to 30,955 during the last school year. Before the pandemic, homeschool figures were around 20,000 or less.

Black families make up many of the homeschool converts. The proportion of Black families homeschooling their children increased by five times, from 3.3% to 16.1%, from spring 2020 to the fall, while the proportion about doubled across other groups, according to U.S. Census surveys.

“I think a lot of Black families realized that when we had to go to remote learning, they realized exactly what was being taught. And a lot of that doesn’t involve us,” said Bradley, who decided to homeschool her 7-, 10- and 11-year-old children. “My kids have a lot of questions about different things. I’m like, ‘Didn’t you learn that in school?’ They’re like, ‘No.’”

Bradley, who works in financial services, converted her dining room into a classroom and rearranged her work schedule to take over her children’s education, adding lessons on financial literacy, Black history and Caribbean history important to her heritage.

“I can incorporate things that I feel like they should know,” she said. Her husband, Vince, who retired from the Air Force last year, steps in at times. The couple also have a 14-month-old. They plan to continue homeschooling for as long as their children want it. Her social media posts about her experience have drawn so much interest that Bradley recently created an online community called Black Moms Do Homeschool to share resources and experiences.

Boston University researcher Andrew Bacher-Hicks said data showed that while homeschool rates rose across the board during the last school year, the increase was greater in school districts that reverted to in-person learning, perhaps before some parents were ready to send their children back.

He said the same health concerns that drove those increases are likely behind the continued elevated rates, despite additional upheaval in schools as parents and policy-makers debate issues surrounding race and gender and which books should be in libraries.

“It’s really hard to disentangle those two things because all of this is kind of happening at the same time,” he said. “But my my guess would be that a large part of the decisions to exit from the system do have to do with COVID-related issues as opposed to political issues, because those things come up frequently and we’ve never seen an increase in homeschooling rates like this before.”

He said parents also may be concerned about the quality of education delivered by schools that have had to rely heavily on substitute teachers amid pandemic-caused staffing shortages.

McCarthy, the mom from suburban Buffalo, said it was a combination of everything, with the pandemic compounding the misgivings she had already held about the public school system, including her philosophical differences over the need for vaccine and mask mandates and academic priorities.

“There are kids that don’t know basic English structure but they want to push other things on children, and it can be blatant but it can be, and mostly is, very subtle, very, very subtle,” McCarthy said. “So we were ready to pull them and will never send them back to traditional school. It’s just not a fit for us.”

“It’s just a whole new world that is a much better world for us,” she said. 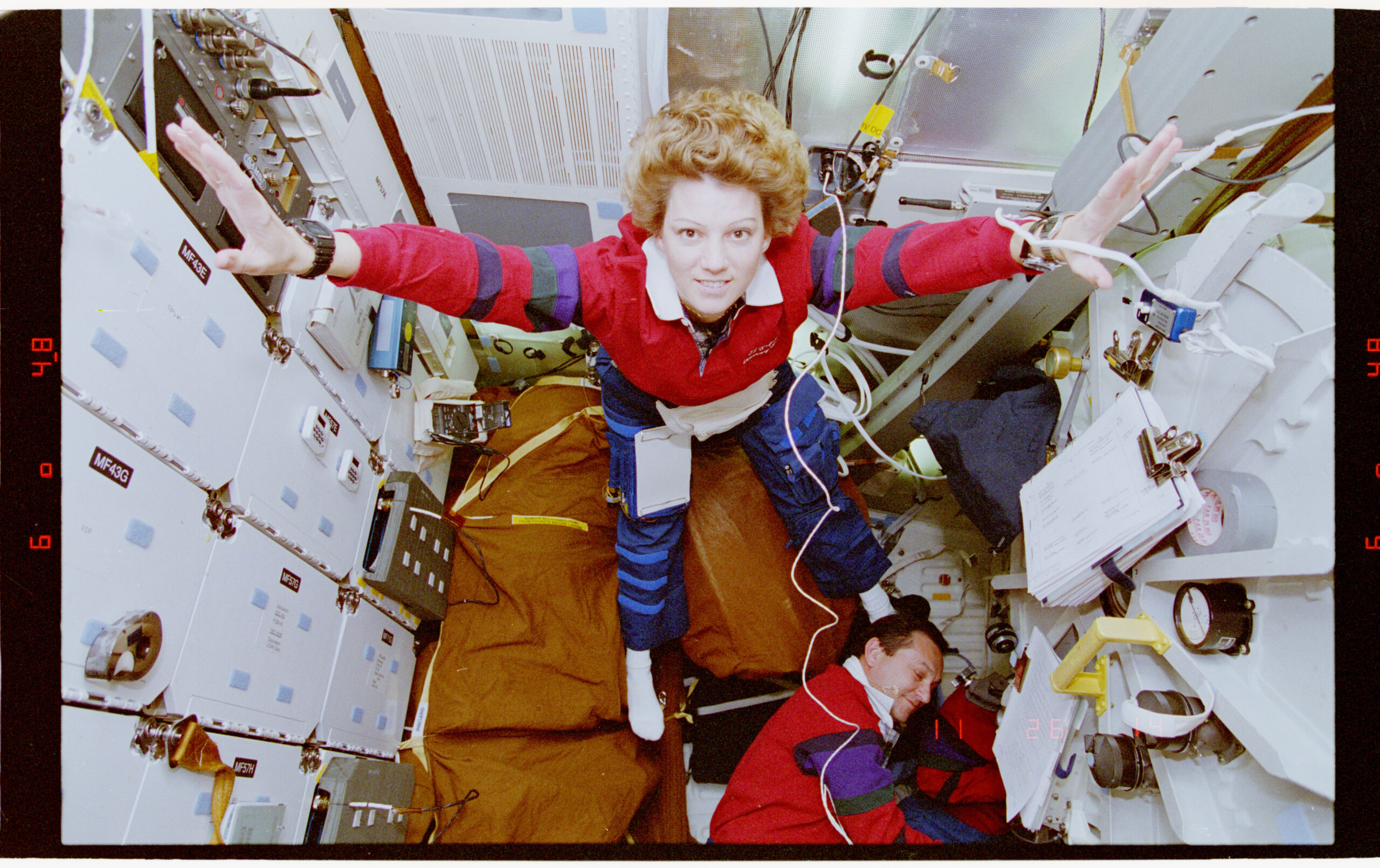 Previous post Good FLYING Reads: Through the Glass Ceiling to the Stars 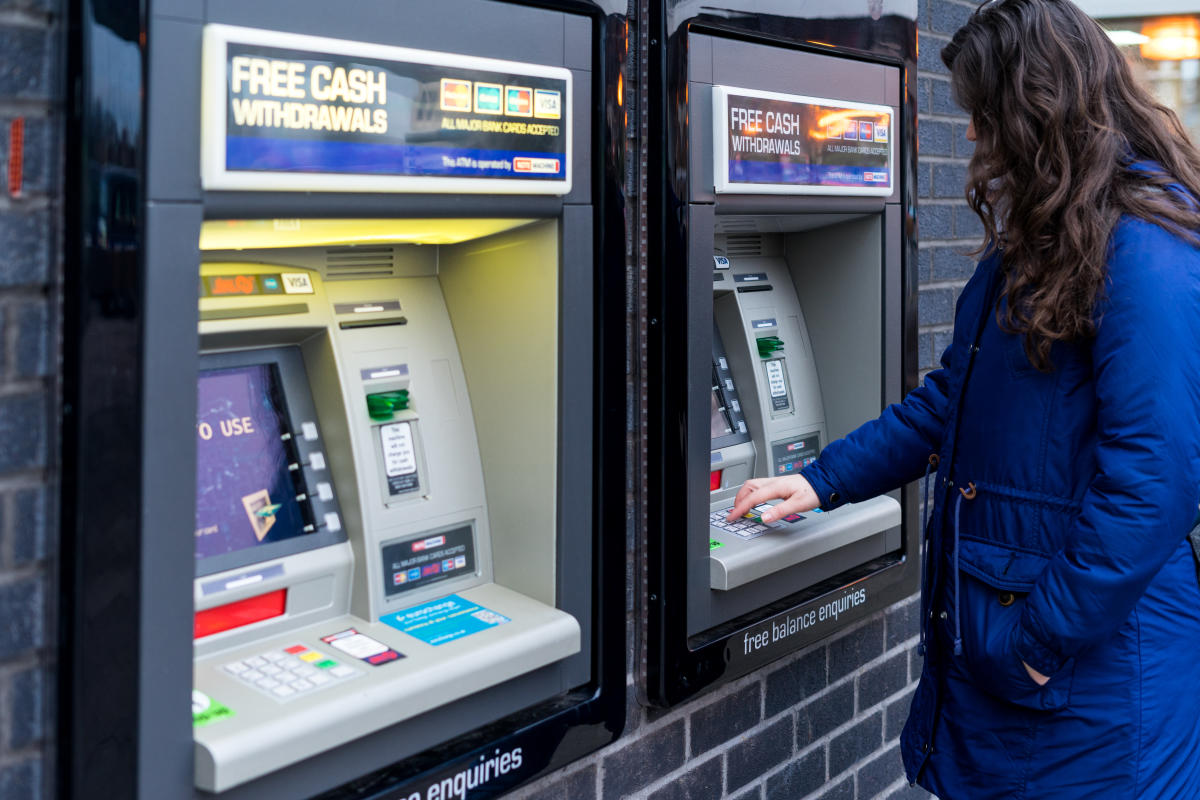 Next post UK faces acute shortage of free to use ATMs, study warns